A blood test is one of the most effective ways to check for blood alcohol content and identify heavy drinking in an individual. Many people know of the breathalyzer test, which the police frequently use when they suspect someone is driving while drunk. However, a blood test is a more accurate method.

A majority of people take alcohol to an extent where it affects their health. According to studies, people who take dangerous amounts of alcohol likely underestimate how much they drink. This is why blood testing is very beneficial for measuring actual alcohol consumption, particularly for people looking to get treatment. Blood testing is also used for people with health conditions linked to alcohol consumption, such as liver damage or disease.

When someone’s blood test is submitted, the amount of Ethanol is measured as the primary ingredient in any alcoholic drink. When someone drinks alcohol, it is slowly absorbed into their blood then the liver can start processing it. The average healthy liver can only deal with one alcoholic drink within an hour. 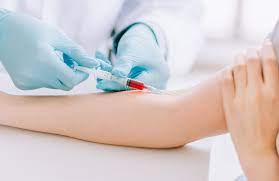 A blood test can indicate if someone has consumed alcohol heavily, but timing is critical to achieving the most accurate results. Usually, a blood alcohol test is only precise within six to twelve hours after one takes their last alcoholic drink. A blood test can help to diagnose any potential liver damage and determine excessive alcohol consumption. They can also be used to keep an eye on any modifications in an individual’s alcohol use during recovery from addiction.

How Does A Blood Test Identify Alcohol Abuse? 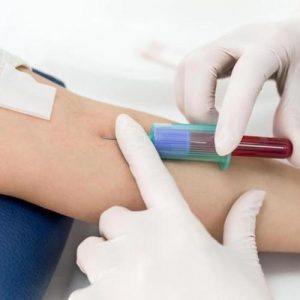 If you are taking a blood test soon and you are not sure whether you can take alcohol or not, you are better off avoiding it altogether, especially on the night before your test. If you have any questions about this, you can speak to a healthcare professional to advise you accordingly.

Blood tests are usually conducted in a laboratory setting, including a lab testing site or a hospital. The healthcare professional uses a small needle to take a sample of blood from a vein in your arm. The entire procedure typically lasts for five minutes at most. 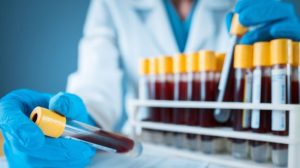 CDT testing is one of the alcohol biomarker blood tests. Transferrin is found in the blood, and it is a substance that transports iron to your spleen, liver, and bone marrow. When you take too much alcohol, it increases the amount of carbohydrate-deficient transferrin in the body. This blood test can also show if an individual is experiencing an alcohol relapse, binge drinking, drinking heavily, or covering up their alcohol use.

CDT-testing measures the level of carbohydrate-deficient transferrin in the body. Non-drinkers and moderate drinkers have a lower amount of CDT in their bodies. A heavy drinker takes more than four drinks daily for a minimum of 5 days weekly for two weeks before the blood test. Such people usually have higher CDT levels.

Even though CDT blood tests are accurate, they are not reliable because heavy alcohol use does not increase carbohydrate-deficient transferrin levels for each person. Suppose there is a possibility that someone is drinking and they have low CDT levels. In that case, medical professionals typically advise conducting other follow-up alcohol biomarker tests to get more precise results. It may not be perfect, but a CDT blood test is the only one sensitive enough to identify a reduction in alcohol consumption or a relapse. Most therapists use this method to determine the standard measure for patients once they start treatment.

Other biomarker blood tests can invalidate or reinforce CDT test results but choosing the right one will depend on each individual. The ideal tests are easily obtained, cheap to assess, and sufficient for both therapists and patients.

These biomarkers will vary depending on certain factors, including one’s health status, ethnicity, gender, and age.

Other factors can also produce a high level of indirect biomarkers in the body, such as:

Individual biomarker tests have disadvantages and benefits. However, medical professionals advise taking a combination of blood tests to get the most accurate confirmation of one’s alcohol intake status.