Withdrawal to Valium could be extremely terrible especially when one ceases using it without medical supervision. It has been known how taking as little as 15 mg a day for about four weeks can already make one vulnerable to experiencing withdrawal symptoms and this scenario could be worse when addiction to the substance is involved.

As a long-acting substance, the onset of withdrawal symptoms may delay for at least 24 hours after taking the last dose. For heavy users, it may even take about a week before the symptoms begin to kick in. This most likely gives them the notion that it is okay to withdraw on one’s own. This Is definitely discouraged because the possible outcomes could be fatal. 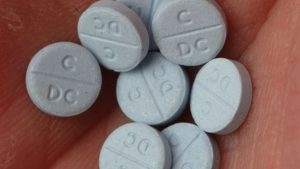 It takes at least one month to get through the challenging phase of withdrawal to Valium. This phase is known as the acute withdrawal which usually applies to individuals whose overall health condition is capable of thriving with the absence of the drug. However, this is not the case for extremely heavy users of the substance.

Protracted withdrawal, which typically lasts up to a year or two, may pose withdrawal symptoms that reappear after a period of not getting sick. Usually, users may suddenly feel strong cravings for the substance or experience psychological symptoms. This can occur to those who have built a strong tolerance towards the drug before they had a detox treatment.

There is a high risk of relapse for a patient abusing Valium. The solution for this is behavioral counseling. Therapy is helpful in shaping the behavior of the patient, reinforcing his will to recover. When you’re done with detox, be sure to continue with therapy for long term sobriety.

Withdrawal to Valium can affect both physical and psychological aspects of an individual. It may also strain the mental capacity of a person to stay focused and cope with stressful situations. However, with the aid of medical interventions, these symptoms can be managed so as not to completely cripple one’s overall health during detox treatment.

Most people attest that withdrawal to a benzodiazepine such as Valium is far worse than what opioid substances give. Apart from the exhausting flu-like symptoms that the drug shares, severe cases may range from experiencing false realities such as hallucinations and delirium as well as fatal episodes of seizures.

Here is an overview of what can be likely felt by an individual in a span of about four weeks of withdrawal to Valium:

The onset of withdrawal symptoms vary from every person. Some may begin after 24 hours from the last dose while others may start after a week. Regardless of this timeline, patients are most likely to experience exhaustion and physical pain during the first week of when the symptoms start to occur. It may kick off mildly and then surges up its pain as time goes by.

Extreme fatigue can be caused by muscle spasms accompanied by tremors and sweating. This can even come with high fever. When this happens, it is important to constantly monitor vital signs since there are cases when blood pressure and heart rate could suddenly increase. Headache and abdominal pain are also common during this initial phase.

Apart from these physical conditions, the tendency to experience anxiety may come in lightly and then slowly progress to intense heights. One may start to experience restlessness and agitation. Some individuals may even begin to suffer from feeling depressed and these psychological conditions can continue in the following weeks. 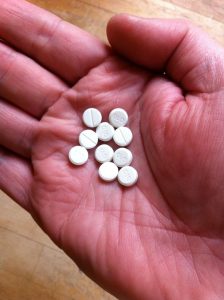 Withdrawal symptoms usually peak in the second week. The psychological conditions of anxiety and depression may continue to build up in intensity and the physical conditions can now include disturbance of sleep. All these can greatly add up to the fatigue which started in the first week and most likely cause one to feel extremely sick.

Some patients have even complained about feeling nauseous most of the time and suffering from extreme tension. Cases of disorientation, always feeling confused and agitated can not only affect the patient but also trouble their relationship with the people around them. Extreme cases may also include hallucinations during this time.

It is important to anticipate episodes of seizures within this week especially those individuals who are prone to experience one. As Valium is medically prescribed to treat anxiety and seizures, during withdrawal, these experiences can double up and become more powerful compared to the usual experiences.

Psychological symptoms will continue to strongly persist during the third week. Some individuals may start to feel a little better during this span of time while others may continue to complain about not getting a good quality of sleep. Other physical conditions may also start to feel much more bearable compared to the previous week but cases may really vary.

It is in the fourth week where a more stabilized condition is expected. Symptoms may begin to subside until the person eventually heals and gets past the challenges of withdrawal. Of course when treatment is medically supervised, the surge of these withdrawal symptoms from day one can typically be more manageable.

Withdrawal symptoms which continue to persist for more than a month can now be classified as protracted withdrawal. The problem with these symptoms is that they can come suddenly after a period of feeling well. The degree of these conditions can swing up and down which makes it quite hard to predict.

Overcoming Valium withdrawal is daunting. But it is possible with proper medication and counseling. Within the withdrawal timeline previously indicated in this writing, the strong cravings for the substance can lurk around anytime and this can be too hard to resist that it can cause falling off the treatment plan.

However, with proper medical care, recovery is achievable and withdrawal experience can be less stressful than how it is supposed to be. It is important to understand that failed withdrawal attempts can strain brain function and may result in multiple complications in the long run.