Marijuana is perhaps one of the most controversial drugs, especially in America. For one, compared to other drugs, it’s not easy to get addicted to. Yet, it is considered a gateway drug. This means that using it can encourage the user to engage in other more dangerous drugs.

Below, we will be addressing such questions as we discuss the legalization of Marijuana. Before we get into it, however; it is important that we first understand the drug in question. 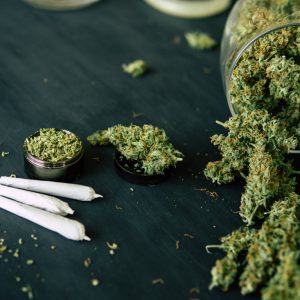 Marijuana comes from the plant Cannabis Sativa, hence why the drug is also known as Cannabis. It’s also popularly referred to as weed, dope, Mary Jane, herb, bud and ganja just to name a few.

Cannabis easily falls under the category of psychoactive drugs. Psychoactive drugs are known to alter the mental state of the user. Using such drugs can lead to intoxication, as well as affect the individual’s mood and state of consciousness.

There are several chemical substances in Marijuana with delta-9-tetrahydrocannabinol (THC) being the main psychoactive ingredient. THC enters the bloodstream almost immediately after smoking Cannabis. From there, it is carried to the brain where it binds with cannabinoid receptors.

Cannabinoid receptors influence memory, pleasure, mood and even movement. When THC binds with these receptors, it controls the afore-mentioned functions by encouraging the overproduction of dopamine. This is what leads to a state of euphoria.

The high is what makes the user want to use more and more of the drug.

THC isn’t the only ingredient in Cannabis. CBD, cannabidiol in full, is one of the other chemical substances found in Marijuana. Unlike THC, CBD is not psychoactive. In other words, this chemical compound does not lead to the feeling of euphoria once it enters the bloodstream and interacts with the brain.

Research has shown that CBD can be used for medical purposes. From treating Arthritis to reducing depression and anxiety, CBD is quite useful. Additionally, CBD has been found to contain anti-inflammatory, neuroprotective and anti-epileptic properties.

The above is probably the reason Marijuana became legalized for medical purposes in certain states.

The Legalization of Marijuana 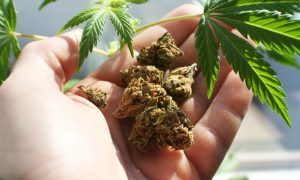 California was the first state to legalize marijuana for medical use. This was around the year 1996, and since then, many other states in the United States have followed suit.

Colorado, on the other hand, was the first state in America to legalize recreational marijuana. Washington and at least fourteen other states followed soon after.

So, in which states are these drugs legal exactly? Below, we outline the states in America that have legalized the use and sale of either or both medical and recreational marijuana. They include:

States where recreational marijuana is legal:

States that have legalized medical marijuana:

Is Marijuana Legal at a Federal Level?

It is important to note that Marijuana is not legal at a federal level. The Federal government believes that the drug has a high potential for abuse and no medical value.

Hence, the people that grow, possess and sell the drug are directly violating the federal law on drugs. Despite the aforementioned fact, the Obama administration encouraged federal prosecutors to take a more hands-off approach in this area. In other words, those selling medical and recreational marijuana in legalized states will not be prosecuted. 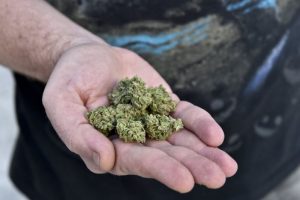 What is decriminalization? In simple terms, it means that the possession, use and distribution of cannabis are illegal. However, if a person is found in possession of the said drug, then the penalty would not be a hefty one. Of course, the level of penalty largely depends on the amount of marijuana possession the offender is caught with.

Even though the possession of low levels of marijuana might not land you jail time, it may earn you a criminal record. First-time offenders tend to get off easy as compared to repeat offenders found with large amounts of marijuana.

This is important because some states that did not legalize the use of Marijuana chose to instead, decriminalize it.

So, what are the states that have decriminalized Marijuana but not legalized it? Below are some of them:

In conclusion, Marijuana, specifically medical and recreation, is legal in certain states in America. However, Marijuana in both cases remains illegal at a federal level. This means that the federal government does not support the growing, use and sale of the drug.

Some states that have not legalized the use of Cannabis have, instead, decriminalized it. This means that the penalty of someone found in low- level possession of the drug is minimal. However, a repeat offender with high levels of marijuana possession faces the possibility of jail time and a high fine.

For those looking to use the drug either for recreational or medical purposes should learn the states that have legalized it. This way, you will avoid getting on the wrong side of the law.

Also, before you engage in the use of the drug, learn more about it. It’s side effects, it’s short- and long-term consequences and so forth. Perhaps there are other ways of dealing with the problem you are trying to alleviate through marijuana use.